President of the Regional Government announces more restrictive measures for S. Miguel and increased support for the economy - Communication

The Portal uses essential Cookies for its operation. Also use non-essential Cookies that help us improve government digital services. All data collected are anonymized. If you continue with navigation you are accepting the cookies policies.
Black on White
White on Black
Colored
No Contrast
100%

January 13, 2021 - Published 629 days and 58 minutes ago
President of the Regional Government announces more restrictive measures for S. Miguel and increased support for the economy 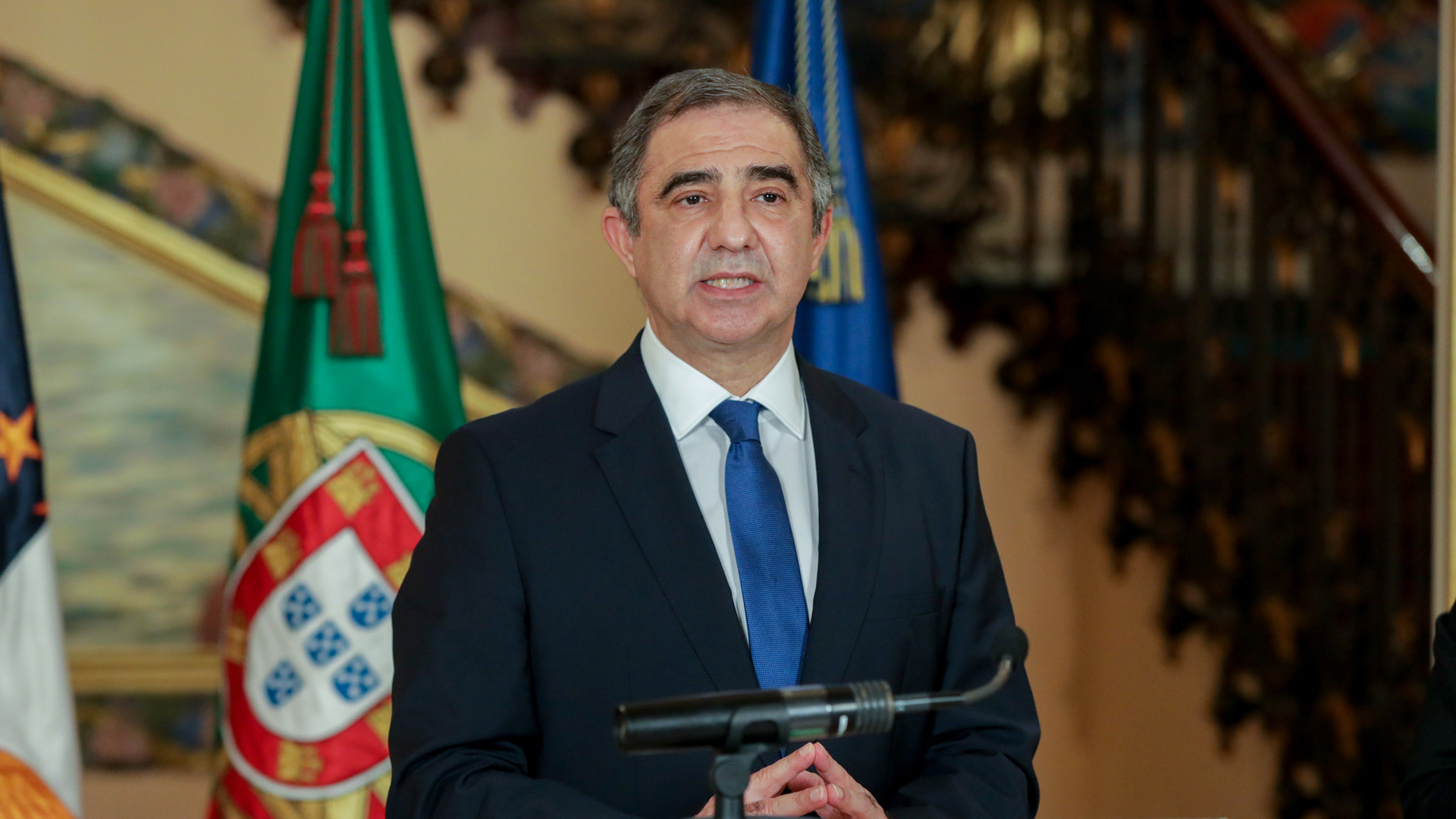 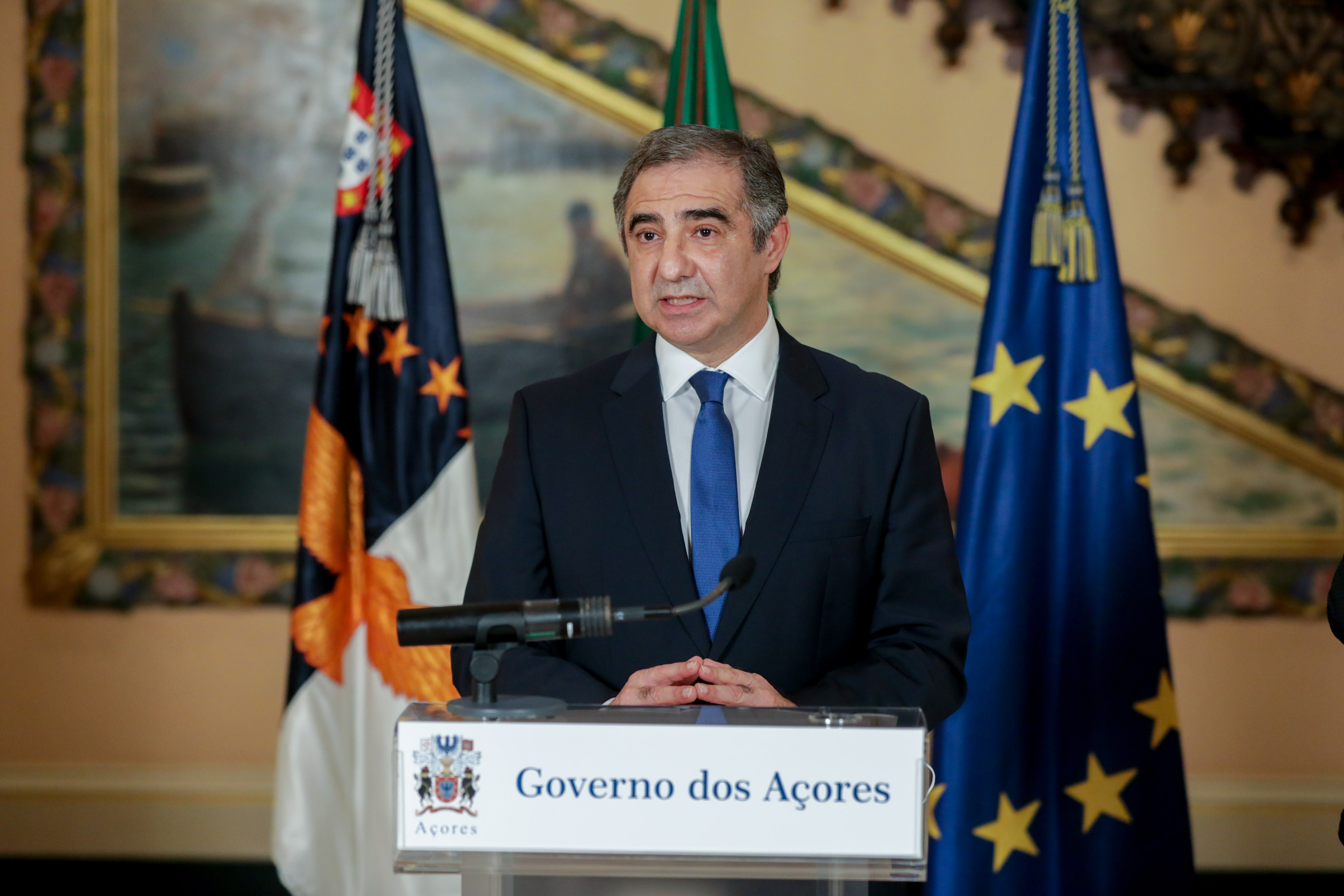 The President of the Regional Government announced today the implementation of new measures to contain the spread of the virus on the island of S. Miguel from 12 am on Friday, highlighting the establishment of sanitary cordons in the parishes of Ponta Garça, municipality od Vila Franca do Campo, and in Rabo de Peixe, municipality of Ribeira Grande.

José Manuel Bolieiro spoke this afternoon at a press conference, after a meeting of the Council of the Government, where he also announced new measures to support families and companies affected by the pandemic.

With the implementation of sanitary fences, from 12 am on Friday to 11:59 pm on January 22, the movement of people on public roads is banned. The Government has also determined the closure of school restaurants, beverage establishments and cafés as well as the cancellation of all cultural events or extended social gatherings.

Considering that the island of S. Miguel is at high risk, José Manuel Bolieiro also announced the anticipation of the curfew hour for the entire island to 8 pm during the week, while remaining from 3 pm at the weekend.

The legal document, which will be published tomorrow, also determines the closure of gyms, indoor swimming pools, casinos and gambling establishments throughout the island of S. Miguel. This measure will be in force until 11:59 pm on January 29.

"The assessment we make is that we must renew the measures of this pioneering system in the framework of the extension of the state of emergency for the country, so we will reinforce those that are justified and in the places where the transmission is more serious," said José Manuel Bolieiro.

"As I have always said, it is better to be excessively cautious than negligent in action.  Even in the Azores our epidemiological reality is very specific and differs from island to island," stressed the President of the Government.

"The negative impact of the pandemic on families and the economy calls for the Government's support and solidarity," said the President of the Government. According to him, "we have specific measures, approved today, to help families, workers and companies in face of the necessary prohibitions and restrictions imposed for public health reasons."

In this regard, Bolieiro announced a specific measure to support families whose children are not attending school, with retroactive application, covering the beginning of the 2020/21 school year in the periods when schools were closed.

"The measure consists in the full payment of the proven loss of income of one of the parents who has stayed at home to care for the children.  It encompasses beneficiaries from households whose gross income does not exceed 3.5 minimum wages in force in the Region," said José Manuel Bolieiro.

According to the President of the Regional Government, this measure will increase the number of eligible households, covering middle-class families, as well as facilitate the submission of applications, supporting documents and the payment of support.
As regards the areas of employment and economy, the measures adopted by the Council of the Government are expected to benefit more than 12,000 workers and 1,875 companies.

"We have created an immediate support mechanism for liquidity in companies, with an allocation of about 10 million Euros, as a result of the rigour of the financial management already achieved," said the President of the Government.

As he explained, companies can apply for this support measure as early as January and payments will begin in February.

The president of the Regional Government also noted that all companies and entrepreneurs who suffered loss of income and who had benefited from liquidity anticipation measures and the regional supplement to simplified layoff are now entitled to 75% of the amount they received in 2020.

"In addition, the companies that maintain their employment level until June 30 will receive a 10% bonus payment," added the President of the Government.

José Manuel Bolieiro also announced the strengthening of the support programme for restaurants and hotels for the acquisition of Azorean products, bearing the Azores brand label. In this context, the measure provides for the increase of support from 25% to 35% in the cases of increased rate for products certified as PGI (Protected Geographical Indication), PDO (Protected Designation of Origin), CDO (Controlled Designation of Origin) and Azores Handicrafts. Additionally, it will raise the maximum amount to be received by 50%.

"With these two measures, we expect to cover about 1,800 Azoreans," stressed the President of the Regional Government.